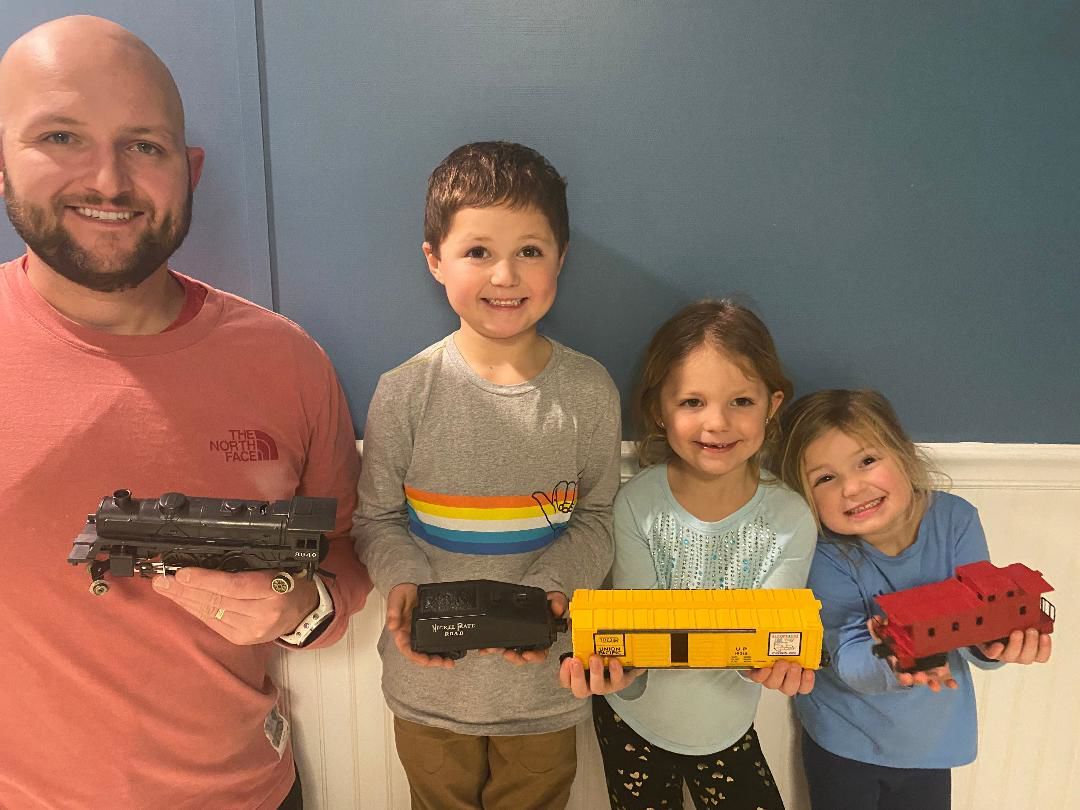 Ray Palczynski’s Lionel train from childhood has been passed on to his son, Nick, and Nick’s children, from left, Eagan, 6, Maxine, 5, and Lucile “Lucy,” 3. Appropriately, Nick is holding the engine and Lucy, the caboose. 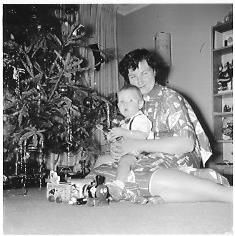 Ray Palczynski, his mom, and the train (in foreground), from Ray’s childhood. 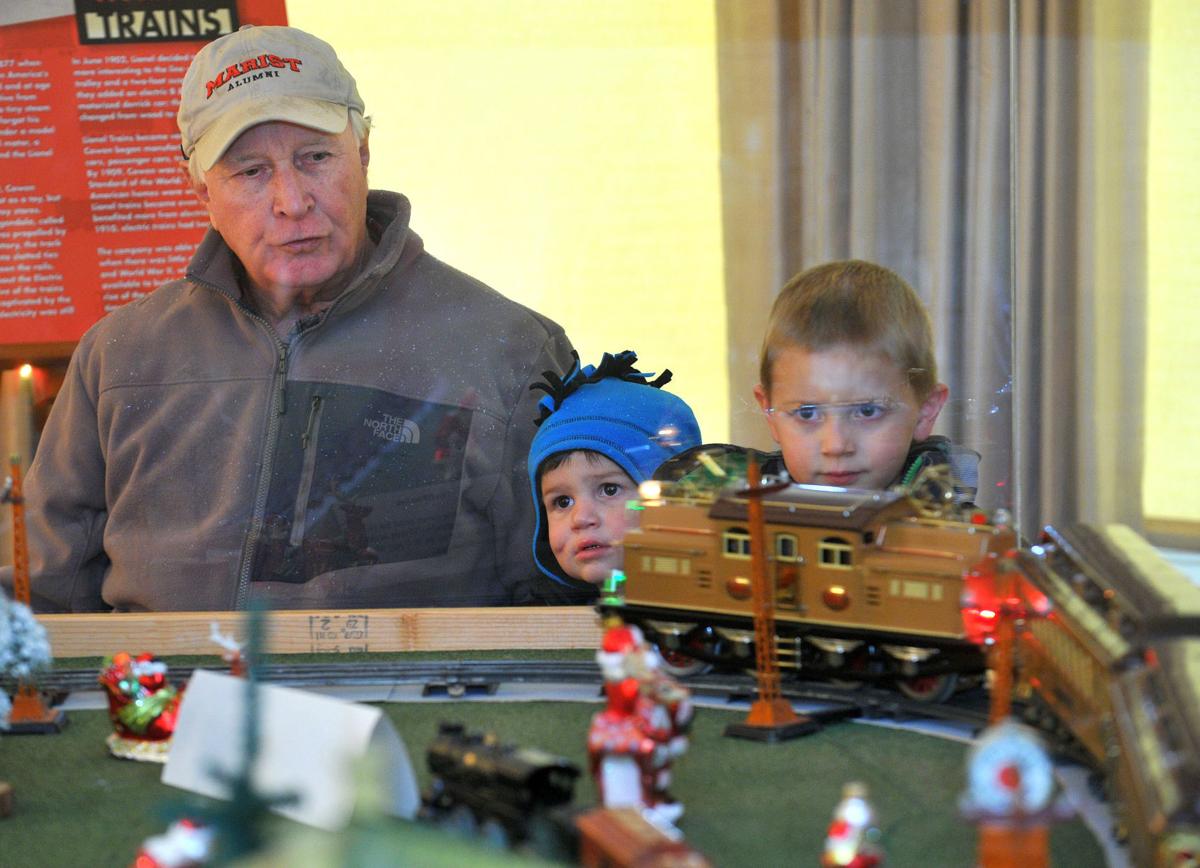 Lou Belby of Rock Island, with his grandsons Charlie Belby, 2, and Tristan Belby, 4, of Rock Island, watch the Charles Wiman’s 1933 Lionel train set on display at the Deere Wiman house during the 19th Century Christmas at Butterworth Center and Deere-Wiman House Sunday, Dec. 2, 2018.

When Ray Palczynski of Bettendorf read our Dec. 13 stories about toys and our request for memories of childhood favorites, he knew instantly what toy meant the most to him: a Lionel train.

His parents purchased it shortly after he was born 60 years ago, and it circled under family Christmas trees throughout his childhood and those of his seven brothers and sisters.

When Palczynski grew up and moved away, he lost touch with the train.

Your membership makes our reporting possible.

But when his oldest son, Nick, was born in 1986 as the family’s first grandchild, the train made its way to the Palczynski home in Bettendorf where it has been running during Christmas time ever since.

And now during this past Christmas, which included visits from children and grandchildren, Palczynski realized it was time to pass on the tradition.

“I called everyone together and announced that after close to 40 years in the Quad-Cities, the train was going to move to a new home,” he wrote in an email. “Since we have three children, I asked that the oldest, (Nick) who is going to be the keeper of the set for now, to share it with his siblings (Ben and Sara) and their children as they arrive and get older.